The California Department of Transportation, otherwise known as CalTrans, has its fiscal years end on July 31st, whereas the rest of California has their fiscal year end on June 30th.  With the fiscal year coming to a close, CalTrans will be looking to spend any extra money in their budget.  One way they will look to use unspent money in their budget is by offering more emergency tree cutting contracts.  These contracts will help remove dead and dying trees near public infrastructure, such as power lines, roads, highways and freeways.

Why are so Many Trees Dying?

An unprecedented amount of trees are dying in California due to severe drought conditions and an infestation of bark beetles.  California has been in a drought for the last 4 years and many trees have not been able to survive with the low amounts of water they have been receiving.   Bark beetles have ravaged pine trees in California, specifically the Sierra Nevada mountain range,  and they have killed a significant number of trees.  Bark beetles have become more dangerous for trees since the drought started, because if trees are stressed, they are more prone to disease and illness. 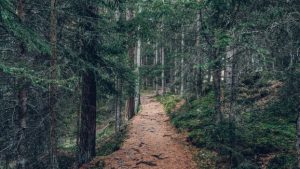 A lot of residents of California are affected, specifically residents of more suburban and rural communities.  Many homeowners have watched their trees die because of the drought and bark beetles and these dead trees now pose a rise for the resident.  A dead tree in a person’s yard could affect more than just that person.  If a dead tree were to fall over onto another house, other private property or public property, it can cause not only a lot of problems, but injury or death.  These dead trees need to be removed not only because they could be a negative externality, but because they can increase the risk and severity of wildfires.  Wildfires are bad for everyone and residents who live in heavily wooded areas are put at risk because of the extra dry timber these dead trees provide.

What are CalTrans and Others doing to Remove all the Trees?

The number of tree deaths is so alarming to California Governor Jerry Brown that he declared a state of emergency in October of 2015 to address the problem.  He declared it because he says that “a crisis of this magnitude demands action on all fronts.”  His decision to declare a state of emergency came after several counties had declared states of emergency because of the problem. Gov. Brown’s state of emergency mobilized funds and resources for dead tree removal for trees that could interfere with public interests.   He has described the mass tree deaths as the “worst epidemic of tree mortality in its modern history”.  There is an estimated 60 million dead or dying trees in the state.

CalTrans, with the help of CalFire, are paying special attention to the Sierra Nevada mountain range. Dead trees are perfect kindling for wildfires. Compound that with severe drought conditions and they pose a serious threat to Sierra Nevada residents and local ecology.  Tom McClintock, the Republican Representative for Califronia’s 4th congressional district, is actively pursuing federal funding to help get these trees removed. California’s 4th congressional district is very rural and covered in forests, so that’s why he’s worth mentioning.  McClintock has made it a priority to emphasize the removal of excess timber before it has the chance burn.  By removing these trees, it allows Northern California firefighters to more easily and safely put out wildfires.

CalTrans is also offering contracts for private contractors to help with tree cutting.

Who can get Tree Cutting Contracts?

The State of California and CalTrans want dead trees removed in rural, suburban and urban settings because of the risks they pose for people and public works.  CalTrans will likely increase the amount of contracts available for dead tree removal because of the severity of the problem and the fact they will want to use all the money in their budget. However, these contracts are unavailable to those who do not get surety bonds.   Recently at Surety1, we wrote a $4.2 million contract for a contract that would remove of 4,000-5,000 trees in California.  Because of the larger numbers of trees that need to come down, there will be many opportunities for large and small contracts for tree removal in the public sector.  However, CalTrans public works contracts will not be available to those without performance, payment and bid bonds.  Bid bonds will be critical in getting projects and winning contracts, while performance and payment bonds are necessary for those who win the CalTrans contracts.

Find the surety bond that you need to get the jobs you deserve.

Contact Surety1 today and get started with a bond application to help your business thrive.

Surety1 was founded with the goal of providing fast, economical and accurate service to clients in all 50 states. We represent over 18 different markets, so we can do the work and save you money and time.