The History of Surety and Surety Bonds

Surety and its principals are not new concepts.  Even though many people are not familiar with surety bonds, suretyship has a deep and rich history.  This blog post will talk about the history of surety by highlighting the first appearances of suretyship, the first surety companies that emerged, legislation in the United States regarding surety and how the concepts of surety have evolved.

The First Appearances of Surety in Ancient Times

Ancient Mesopotamia is considered one of the first notable hubs of learning, writing, and religion.  It is home to the first known record of contract suretyship in about 2750 BCE.  The practice of suretyship carried in Mesopotamia with some frequency.  When Hammurabi, the famous Babylonian King, wrote one of the world’s first law codes, he talked about the principals of suretyship.  He ruled Babylon from 1792-1750 BCE, but the suretyship he highlighted in his famous law code certainly outlived him.  So far, the oldest known surviving written contract of surety is a Babylonian contract of financial guarantee.   The contract was between two farmers and it was written in 670 BCE.  Neighboring Persia and Assyria also had signs of suretyship in their societies as early as 525 BCE ¹. 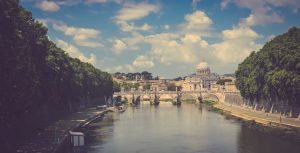 The principals of suretyship, however, were not simply confined to the ancient Middle East.  Suretyship came to play a critical role in ancient trade.  It was not just important for trade between people, but it was also important for trade between empires.  Circa 509 BCE, Rome and Carthage used surety to guarantee the goods bought and sold between the counties, which was completely revolutionary.  The Romans believed that surety was rooted in duty, not in compensation. The Romans proved to favor suretyship so much so that we still use principals in Roman law regarding surety from 150 AD in our law code today.  This would certainly change once the Americans tried their hand at suretyship.

The English Anglo-Saxons also engaged in suretyship.¹  Like the Romans, they too believed that surety was rooted in duty. However the Anglo-Saxons differed from the Romans in that they used suretyship as a form of criminal law enforcement. Other historic mentions of surety include Englishmen and playwright William Shakespeare and the Bible.  They both mention surety in writing, with the quote from the Bible being Proverbs 6:1, which reads: “My son, if you have become surety for your neighbor”.

Until the 18th century, institutions that resemble modern surety companies did not exist.  1720 was the first year there was a known attempt to create a surety company.  This attempt was unsuccessful, but it helped lay a foundation for surety companies to come.

Between 1883-1898, the industry started to boom and nearly 25 new surety companies were founded.   By 1884, the first U.S. company committed to underwriting was successfully formed.  That company was American Surety Company INC, and they paved the way for underwriting companies and drew attention to the growing industry.

Legislation Regarding Surety and Surety Bonds in the United States

Through this explosion of companies, surety bonds had become so prominent and useful that Congress passed legislation requiring them.  Congress starting using bonds to fix the problem of private construction firms not finishing their government contracts on public works construction projects. 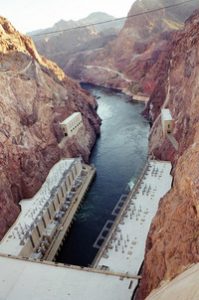 The industry began to change as more surety companies were formed and surety bonds were more widely used.  When construction on the Hoover Dam started in 1931, the $49 million dollar federally funded project required a $5 million surety bond.  This was a huge amount for a bond at the time and there was concern about whether or not a bond could be written for that much.  Concerns were put to rest because for the first time, surety companies pooled their resources to write a bond.  Only because multiple surety companies combined their capacity, was the Hoover Dam contract secured³.

This was the first sign of a question that still looms over construction today.  As construction projects become advanced, more complex and expensive, surety bonds must also advance.  They must also become more complex.  This leads to big questions being asked.  Questions like: can surety bonds properly cover new design and technology risks? Can underwriters understand these added and new risks well enough to continue to provide reliable bonds?

In short, these question’s answers are complicated.  We know the industry must evolve and change to cover new risks, but underwriters still rely on methods they have always used to write bonds.  Underwriters use the 3 C’s (character, capacity and capital) to properly assess risks, and some wonder if they could still work as projects become more complex.  While these questions could expose a weakness in the bonds, to those in the industry it is clear that they are the opposite.  In the 2008 recession, many industries were unstable and losing money, but the surety industry stayed strong and stable through the entirety of the recession, even with the lack of government funded public works projects ³.

Find the surety bond that you need to get the jobs you deserve.

Contact Surety1 today and get started with a bond application to help your business thrive.

Surety1 was founded with the goal of providing fast, economical and accurate service to clients in all 50 states. We represent over 18 different markets, so we can do the work and save you money and time.